I finally gave up my (failed) SaaS 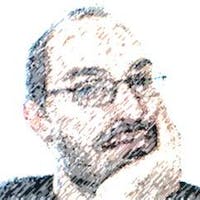 After discontinuing my SaaS services in Azure a few days ago, I spontaneously wrote an article on IndieHackers about my journey and why I ended the SaaS product. I got very nice feedback and a couple of questions. I answered all of the questions. Some answers expanded my first post. I've decided to create a "second edition" and share my experience also here.

The journey of my first SaaS

It all started in 2016 - I was impressed by a wonderful idea. I sat down, did a little research, found the right technology for my needs, created a POC, and bought a domain name. Searched for competitors and found only similiar products, but my product was unique and I was convinced of the idea.

It worked and I was so happy. I had plans. I have to manage to solve some technical tasks, but still - the main concept worked.

I told a friend about the idea and in the discussion he suggested a solution to my technical problem and it worked (again).

I jumped for joy. I was sure I had to start a company and asked my friend if he would like to become a co-founder. He gladly accepted the offer. We started a company in mid-2016 - self funded - start capital €1337. We dreamed that our side-project will be profitable one day.

So far it sounds like a movie and the truth is it was like in a movie. But then of course the reality hit us.

My friend was working for a big company, important position on a big project and when I wanted to advertise the product and our fresh startup he said, I better not do it because he might get into trouble.

And I did not - we said - it will grow over time. Well, but to grow at all you need at least to tell the world, that you have a product - if you don't do this - your product is like a buried grain of sand in the desert.

I was blinded by my dreams to not see this and I kept working and improving the product. Initially there was only the free version and no API. I added an API, plans and stripe payments, polished the product, wrote documentation and examples. Still - no one ever found and used the product. Nevermind I thought - I used it.

Don't get me wrong - I'm not blaming my friend that we didn't succeed. There is always a solution and I think we could have found a suitable one if we had a little more experience and talked about it more. We both were "learning by doing" entrepreneurs. A side project, part-time and a family, is a challenge (at least for me).

We applied to Microsoft Bizspark and were accepted. Got credits for Azure, which was awesome, because the monthly credits just covered our monthly hosting expenses.

Our initial self-funding was melting like an ice cream in the open on a hot day - company bank account and domains were already burning a lot of money. At the end of the year we need to make tax return - to save money for a tax consultant, we bought software and I sweated many nights to fill out and file the tax return.

At some point (I think one and a half years later) we went out of money, so we took loans from ourselves and the wheel was spinning again.

Still no advertisement because of the big company, still no customers, still a lot of expenses. It's not that we didn't tried. A list of the different channels for announcements and contacts:

In 2019 after 3 years, BizSpark had come to an end for us and I entered my credit card in Azure in order to pay the bills. I reduced some resources and managed to cut the monthly expenses into half, but still I was giving away €80 per month for a SaaS that I used only once in a while.

I was not giving hope and was searching for ways to find customers without shouting so loud. It didn't worked at all.

I read recently about someone spending more money on his product, than the product brings and the essence of the story was to let go if it's not profitable and not working for any reasons.

So I finally gave up and I will pursue my dream of becoming an entrepreneur in a different way.

Five years later (and a few thousand €) I stopped the Azure services and deleted them! I was sad to give up on "my first baby", but on the other side releaved.

I am happy, that I tried what I thought at the time was correct and learned so much on the way. I will not do it again - I will do it differently without a company, without loosing time and money and being more open and loud about my product.

What I learned so far from all this

I guess I can confirm a lot from what I read and see about product delevepment, money, building in public and working with other people:

I am still convinced of my idea and maybe I will try to build it with new technologies for fewer money. I'm planing to reuse the old code, change it to a newer tech-stack (so it costs less per month - my goal is €0 if no one is using it) and try again.

This time I will be building in public.

Let's see how my next try goes.

The original post on IndieHackers can be found here: indiehackers.com/post/i-finally-gave-up-my-..

I appreciate all the people on IH who have given me positive feedback and asked good and open questions.